~~Dr. Jennifer Burgess is a graduate of the Moravian College in 1995 and New York Chiropractic College in 1998. Together with Dr. Jason Burgess, she founded Healing Hands Chiropractic in 1999 to offer the benefits of chiropractic care to the citizens of Mt Carmel. Dr. Jennifer is an avid runner. She qualified and ran her first  Boston Marathon in 2012. She also persevered the 2013 bombing.  Her story is in the book "Personal Best".  She specializes in runners and running injuries. A mother of three, she loves adjusting babies and children. She is certified in the Webster Technique for pregnancy. Dr. Burgess co founded a women's running group in 2010 in her home town Minersville Step N Stride.

~~Local author Joe Muldowney 's new book is now available in paperback to purchase at both Healing Hands locations. featuring Dr. Jason on the cover and a chapter about Dr. Jen 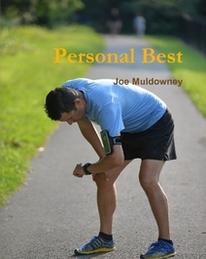 Dr. Jason Burgess began practicing in 1998 after earning a Doctor of Chiropractic degree from New York Chiropractic College in Seneca Falls. Together with his wife, Jennifer Burgess, opened Healing Hands Chiropractic in 1999.

Dr. Burgess has dedicated his life to healing the body, spirit, and mind. He believes that chiropractic treatment is the most sensible and effective way to treat many common health problems. He also believes in the preventative power of chiropractic care.

Dr. Burgess is the head Track and Cross Country coach at Minersville High school since 1999.

In his spare time, Dr. Burgess enjoys vegan cooking, working out, and spending time with his children Jacob,Julia and Johnny.